Business Challenge: Since its formation, the KCP Racing team has wanted to do things differently and be the best. As 2017 came to a close, the KCP Racing team looked for ways to celebrate a successful season in an impactful way that would recognize their partners and supporters to get their fans excited for the changes the 2018 season will bring.

Campaign Goal: KCP Racing asked Bing Bang to help them celebrate their sponsors and grow excitement by turning their year-end celebration into a night that would motivate and excite their supporters with some big announcements for the future of the KCP team.

Overview: Bing Bang began its own story by creating and producing the TV show Dirt Dreams for two seasons. Dirt Dreams told the story of Knoxville Raceway and the drivers, teams and fans that make Knoxville the capital of the sprint car racing world. So, when it was time for KCP to make a statement at their 2017 year-end celebration they turned to us to help as they wanted a partner who understands sprint car racing and the excitement, energy and passion of the sport.

The Bing Bang team went to work, shooting more than a dozen interviews with partners, sponsors and team members, creating a hype video that not only recapped the 2017 season, but acknowledged the partners who helped make the season so successful. As the KCP Racing team was celebrating its 5-year anniversary, our team combed through archival footage and used interviews from those who were there from the beginning to tell the story of the team since its inception until now. And, perhaps, most exciting for race nerds like us, we created a 2018 launch video that showed off the team’s sweet new car – a fog machine may or may not have been involved – and an announcement that KCP will be taking on the World of Outlaws tour.

But our involvement included more than creating dynamic video content – we also provided technical support so the event ran seamlessly and provided run-of-show help to make sure the pace of the celebration kept the excitement building. And, we even got into speechwriter mode, helping the KCP team craft their message.

The Results:  The success of the event was felt almost immediately – as the 100-plus attendees were engaged throughout the evening. The KCP Racing team had an unmistakable sense of pride in watching their story play out on the big screen in front of their family, friends and fans.

How It’s Different: Bing Bang was able to combine their love of sprint car racing with the chance to flex their event management muscles.

Want to get more Bing Bang for your marketing buck like our friends at KCP Racing?
Click here for a FREE 30-minute marketing assessment or fill out the contact form below and someone will be in contact within one business day. 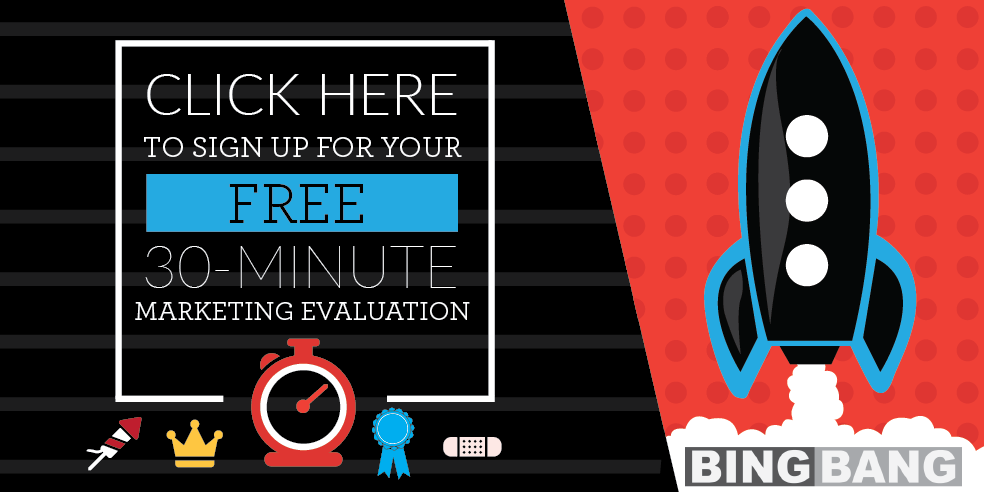